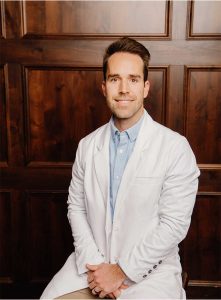 As a dentist, Dr. Jared Hepworth strives to help educate our patients as they make decisions about their care. Though Dr. Hepworth is originally from San Diego, he attended school locally, graduating from Brigham Young University, before going on to Roseman University in South Jordan, Utah. After graduating from Roseman in 2015, he continued to practice in Utah. Today, he continues to keep ahead on upcoming improvements and technology in dentistry. In addition to his extensive CE coursework in implants, he is also constantly working with 3D technology to provide patients with the best possible outcomes. His goal with every patient is to help them feel more comfortable and confident, and live happier, healthier lives.

Dr. Hepworth is currently a member of the AGD, the Academy of General Dentistry.

In his free time, Dr. Hepworth enjoys spending time with his family, which is his “favorite hobby.” He also enjoys sports, especially baseball. 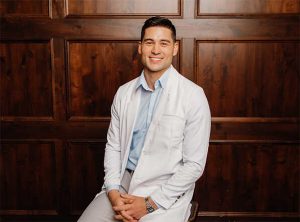 Dr. Ric Sherman is very excited to provide dental services to the Utah community. He comes from a family of six children and grew up in Southern California, where he enjoyed going to the beach and fishing. He moved up to Spokane, Washington, where his love of the outdoors grew. He participated in various sports like pole-vaulting, tumbling, snow skiing and rollerblading on the eight foot half-pipe he and his brothers made in the backyard. Dr. Sherman served a two-year mission in Mexico, where he learned Spanish and enjoyed the people and culture. He completed a bachelor’s degree in exercise physiology with minors in chemistry and Spanish at BYU-Idaho. As an undergrad, he participated in various races, including a marathon and multiple half marathons.

At the end of his junior year, he met his future wife, Mandie. They now have an energetic 4-year-old son, Hawke. Dr. Sherman attended dental school at Midwestern University in Arizona, where he was trained in restorative dentistry, cosmetic dentistry, and surgical and implant dentistry. He also earned certifications in laser dentistry and Invisalign® clear aligners. He was awarded the Logan Doseck Award, given to dental students who, over four years, showed continued determination to succeed despite all obstacles, showing courage, determination and compassion for others along the way.

Dr. Sherman’s family lives life to the fullest despite Mandie having Cystic Fibrosis, a genetic disease that has taught their family the importance of positivity and perseverance. Her story can be followed on her blog www.shermanarmy.com When Dr. Sherman isn’t with his family, he enjoys snow skiing, hunting and mountain biking. 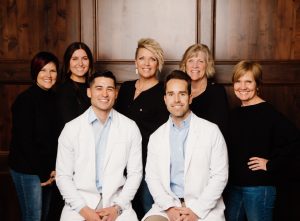 Meet our experienced dental team and find out about the great people who work at Whiteridge Aesthetic Dentistry! Our practice is committed to providing excellent service with the help of our dentists and team. You can meet each of our employees below or call 801-942-7770 to schedule a visit at our dental office in Salt Lake City, Utah. 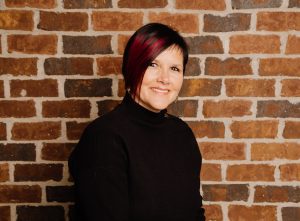 Lori has been with the practice for over 18 years and has been working in dental care for over 30 years. She enjoys becoming friends with each of our patients, as well as working with our great team. When patients come into our office, she helps explain and work out their financial concerns, helping them know the benefits of each treatment and making them feel comfortable at our office. Every day, she shows her passion for customer care and patient advocacy.

When not in the office, Lori loves to spend time with her family, as well as to cook and bake. She is especially famous for her Lori-O’s recipe.

Maria has been in the dental field since 2010. Her main role is to welcome the hygiene patients and get them ready for their cleanings. However, she is affectionately known as “the Swiss Army knife,” as she is able to fill in the gaps when needed in other areas around the office.

At home, she enjoys her three rambunctious boys that keep her busy! 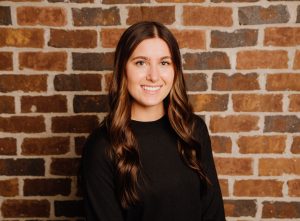 Bryanna has been working in dentistry since 2013. She has had a lot of experience in prosthodontic work as well as general dentistry! Her knowledge is a big asset to our team. She brings a lot of comfort to our patients when they are anxious.

At home, she plays with her Doberman, Wayne, and supports her husband in his sports! 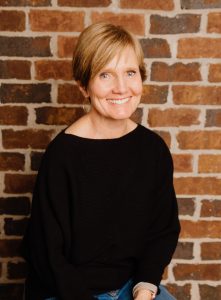 For over 20 years, Tanya has been helping and educating patients at Whiteridge Aesthetic Dentistry. She loves seeing patients come in and being able to make friends with them as they return every year. Tanya was able to attend hygiene school at Weber State University. She built up her career by working with Dr. Chikaraishi and is excited to work with our new dentists, Dr. Hepworth and Dr. Sherman.

At home, Tanya loves spending time with, and spoiling, her grandkids.

Lynnette is our amazing lead assistant, and since 1986, she has been serving patients chairside! Twenty years ago, Lynnette and Lori first worked together. Today are back at it again, using their combined knowledge to help patients feel more comfortable and to understand their dental needs.

Lynnette has two kids and one grandchild. She enjoys hiking, quilting and camping.

The Whiteridge Aesthetic Dentistry team invites you to come visit our dentists for all your dental care needs! Coming in for more than just a check-up? Dr. Jared Hepworth or Dr. Ric Sherman will be happy to provide cosmetic and restorative services, in addition to your regular check-ups and exams. If you would like to find out more, read below or call us at 801-942-7770 to plan an appointment with our dentists. Feel free to ask about our dental treatments in Salt Lake City, Utah!

Dental implants replace your entire missing tooth and enhance every part of your smile. Call to see if you are a candidate for this treatment.

We offer full composite dental veneers that can improve the appearance of one or more teeth in just a single visit with our dentists and team.

Are you at a loss on how to save your smile? Our dentists can combine several treatments to help you look and feel your very best once again.

All-on-4® implant-supported dentures combine the best features of dentures and dental implants to give you the smile that you want.

Veneers are a great choice for concealing cracks, chips and discoloration and improving the size, shape and even the spacing of your teeth.

This technology can provide our dentists with valuable information about your smile that can help us locate dental problems.

Are you ready to smile with confidence once again? Talk with us about how our cosmetic options can improve your smile and life.

When was the last time you visited a dentist for a checkup? Call for your appointment to help ensure that your smile is clean and healthy.

We can use dental crowns to solve several different smile problems, including protecting teeth and improving their appearance.

You should not ignore a cavity until it becomes too painful to bear. We offer composite dental fillings to improve your dental health.

By using leading-edge dental technology, our team can make every visit to our office as comfortable, efficient and safe as possible.

Our dentists may use this sedation option to ensure your comfort if you are visiting our office for a more involved dental treatment.

This non-invasive imaging technology can help our dentists examine every part of your smile with no discomfort to you.

Nervous About Going
to the Dentist?

Dentists have used this option for many years to safely help people relax during their appointments. Call our team to learn more.

When we use general anesthetic, we have a nurse anesthetist present to help ensure that you will remain safe during your visit.

If you are dealing with an infected tooth, our team can help. We offer root canal treatments to save your tooth and your smile.

Why spend time searching for the perfect product to brighten your smile? We provide effective teeth whitening treatments.

We hope you never need a tooth extraction. But if that time comes for you, call our office to plan a visit with our dentists.

Is someone in your home coping with wisdom teeth? Are you? Our dentists and team can help. Call to schedule your visit.

Our team is excited to meet you and help you explore the possibilities for your smile!